YOUR BEST START
WITH WORKING EQUITATION

More than one hour full of information on how to start with Working Equitation.

From opening a gate to passing a bridge, untill doing the slalom

Watch what you will learn

How to pass a bridge

Nuno Avelar will give you useful tips and tricks on how to do the obstacles. Those tips are also useful outside working equitation. Because all obstacles from working equitation come from real requirements on your daily work with horses. For example you will see how to pass the bridge which many horses fear.

Riding forward and backwards with slalom

Learn how to control your horse to all directions. Forward, backwards and sideways. Obstacles such as the cup requires you to ride backwards in a slalom. Nuno Avelar will show you how to do this step by step. Benefit from the experience of Nuno Avelar as a World Champion trainer and rider.

You will get these amazing lessons

Many horses are afraid of passing a bridge. Nuno Avelar will show you with a young and completely untrained horse, how to pass the bridge. After a very short time of training with the tips of Nuno Avelar the horse passes the bridge easy and without fear. Passing a door is part of nearly every working equitation competition. In this module you will learn the different ways of passing the door and how your horse will get comfortable with it. The single slalom you have to ride in gallop with flying changes. A green horse is not able to do this yet. You will learn how to prepare your horse to do the Slalom as required. The two barrels requires an equal number of steps going around each barrel. You will learn how to start with this obstacle in order to be able to complete it correct and fluent.

You will learn how to do the cup including riding backwards with the slalom. Highlighting what you need to pay attention to when you ride the obstacle. Learn how you ride the bell. You will learn the bell straight forward as well as the more difficult obstacle with an L-shape. Learn to ride the side pass from the first step to the complete bar without any problems. You will receive tips and tricks on how you will get your green horse to do the sideways bar.

Nuno Avelar was rider of the National Portuguese Working Equitation Team. With that in 2013 he became European Champion in Italy and in 2014 World Champion in Austria. In the individual Challenge he won in both Championships the bronze medal. Furthermore he won the Portuguese Championship three years in a row up from 2012.

Nuno Avelar is a professional rider and trainer in the Working Equitation and Classical Iberian Dressage. He finished his education for trainer and "Bereiter" at the Portuguese "Coudelaria de Alter“ and he has the international FEI trainer license.

In 2018 as a trainer he became World Champion Working Equitation with the German Team.

Nuno now teaches Dressage and Working Equitation all over Europe.

Your purchase is 100% risk free

We want that you can buy risk free. If you are not satisfied just contact us and tell us
what you don’t like and you will get your money back within 14 days.

To provide you best security for your data, we will process your purchase via Digistore24.
So your payment data will get the highest security.

We say thanks for supporting the training production to: 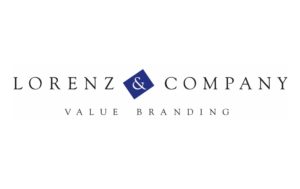